People wanted to know about freelancing.

And something interesting happened…

I posted a video on YouTube: How to Start Freelancing in Pakistan (Urdu)

It quickly got ranked. I created that YouTube channel just for helping the Pakistani audience (as well as anyone who understands the Urdu language)

I started seeing the traction. One of the important things was the language, which I chose Urdu.

Do you know why that video became the best video of the channel?

Not just because it was a 25-minute video.

Instead, I have had the answer.

In result, I built a connection with dozens of Pakistanis who were out there struggling to find a guideline on starting a freelance career on the internet.

So, if you want to start a freelancing career on the internet, you have to do the same thing.

Let me tell you a story.

It was a teary-eyed experience, by the way!

I was watching this video and every moment was testing my patience.

He shared a lifetime experience of ‘doing the magic’ with a blind husband sitting alongside his wife.

The long story short is:

Brian Miller is a private events magician and keynote speaker. He was at the hotel where he used to go from table to table and ask for permission to show some magic to the couples and families sitting there. One night, he came across a table and he did the same thing. He asked for the permission and the husband replied positively that he would love to see that but he is blind. Brian got shocked and replied back that he is sorry but one day he will prepare something for them. A few months later, the same couple stopped by and Brian wasn’t expecting them. He panicked. He goes back to his changing room and starts thinking about the idea to cheer the blind man up.

What he did was sensational. He sat opposite to the blind man and held his both hands and asked him to guess the colors of the playing cards… The blind man was supposed to tell the color ‘Red’ or ‘Black’…

Everyone astonished by his guessing ability when he guessed all the cards correctly. Everyone was clapping and cheering. His wife had tears in her eyes.

Brian revealed the story behind that.

Before starting the guessing game, when he sat with the couple, he gently pushed man’s foot once for red and twice for color black while saying that ” if you think it’s color red, you say it’s red” (and he pushes man’s foot down once) and then he says “if you think it’s black, you say black” (and he pushes man’s foot down twice)… Then he gently grabs his hand and asks that do you understand this, the husband replies, “YES”.

All guesses were correct.

Brian built an emotional connection with the blind man that nobody expected that. And the blind man found it interesting and he responded so well, so they shared a great experience.

This story was so touching to hear.

When I sat down to write about freelancing.

That incident was the first thing came to my mind.

Probably because that story shares a message of HUMAN CONNECTION.

Do you not believe in human connection?

Tell me you didn’t laugh while watching this video!

Okay. Watch this Yawn prank. In this prank video, the prankster showed that if you yawn near someone and he or she sees you, they’re likely to yawn in the next moment. This is strange but it happens.

I acknowledged the fact of helping others before making that video about freelancing. I knew it will help the beginners.

I know there is always a technical stuff involved in organic ranking on YouTube. Sometimes you put out great content and it doesn’t get much traction and the videos you don’t expect much from often go crazy on the internet. It happens all the time. But that experience was different.

So, freelancing is no exception. If you want to move forward in it, start building human connections.

It’s true. It’s always difficult to get into something and dream to thrive. But when someone has already done it and that person shows the humility by sharing what it takes to be there, then it’s a big deal.

One of the core reasons is that freelancers who have gone through lots of things in their career — in most of the cases — they certainly are the ones you should be reaching out for advice. This doesn’t necessarily mean you email them and ask for something to tell you.

Listen to their advice. Learn from their patterns. Follow their footsteps.

I recently learned this from Arianna Huffington about how important it is to sleep well and cut off the smart gadgets in bed in order to get a proper, healthy sleep. She explained in her interview that almost 7 years back, she was struggling and hardly taking 4 hours sleep and things weren’t right at the office, then she realized the sleep issue and started taking 7 to 8 hours sleep and it dramatically changed her business and life.

I was struggling with the same issue.

My sleep routine wasn’t perfect. I used to spend a lot of time tapping on Twitter and Instagram before going to sleep. In fact, I did something similar on my own. I started switching off my phone at night and made a strict routine of not checking my email after 10 pm.

It started helping me.

Why does it make sense?

You want to know. Right?

She runs the world’s most popular blog called The Huffington Post.

Whereas, I don’t run that kind of blog.

My blog is quite new.

I do write content for a couple of clients.

But I can understand how difficult it would be for someone to be an editor-in-chief of the world’s most popular publishing website.

That’s why I’m writing this blog post for you.

What you need to understand is that how you can feel the struggle of your client.

The moment you realize that what your client actually needs, you move one step ahead in the game.

So keep trying to understand and keep going forward.

We’re talking about what freelancers can do for others and why it’s necessary to understand the importance of networking. As we see connection building helps us in getting through different obstacles and being a community helps a group of people feel better.

Many entrepreneurs and bloggers come up with a mastermind group in which they invite like-minded people who like to talk about things, who can inspire others, and they are literally able to share what they’ve gone through. This Forbes article tells us a number of reasons to join a mastermind group. One of them is extending your network.

MastermindJam is an online service that connects people to the relevant group of people. You can develop a meetup community as well.

In today’s world where social media and technology have provided us with a continuous flow of information, news, and content — sometimes it makes us feel overwhelmed — which results in a sense of deprivation, which isn’t cool.

So getting connected with a bunch of people with a similar passion could help us in getting through various problems.

Freelancers need to come up with a specific community building process to build a network of people who are freelancers and they can share their experiences and lessons with other freelancers. Unleashing your secrets won’t hurt you, in fact, when you use them to inspire, motivate, and educate others, you’ll start to attract the audience that could potentially build your customer base at some point.

Freelance to Freedom Project does exactly this thing.

If you want to develop a freelance career, you better start getting into a relevant community.

Either find out a good one or create the best one.

It’s never easy to jump onto something and try to survive and let go of other things that you would grab otherwise . Unfortunately, most of the newcomers in freelancing think that freelancing means joining the freelance platforms and bidding on the projects to get one. It’s a cliché and I don’t agree with it.

The freelancers aren’t the super-machines.

They have feelings, and thus, they need inspiration as well.

Patrick bet-David made a video for inspiring entrepreneurs around the world and it went viral on Facebook.

If you’re a freelancer and you don’t follow freelancers, then you’re off the hook and you may get lost.

When you would start to build your network and you start to follow freelancers that have more experience than you, have more clients than you, and they seem well off, you’re likely to get some inspiration from them.

Sometimes we only see others’ SUCCESS!

And what we don’t see is their past, when they hustled, failed, reached to the point of giving up…

But they didn’t quit and finally they made it through.

You can know all such stuff once you get a step closer to them and when you get to know them. In order to do that, you would have to find them, follow them, and try to be like them.

“Do you think you get more competitive with the people around you?”

The context of the question was about the company a person keeps.

Interestingly, he hinted that people say that you’re a byproduct of the people you hang out with, he affirmed that it’s REAL.

So, dear freelancers, we’re in this together.

The freelancer sitting next to you isn’t your competitor.

In fact… your competitor is someone:

So, freelancers are supposed to help each other.

Always remember that we’re in this together.

Don’t wait for someone to favor you.

Do it first. The sooner, the better.

If you’re starting a freelance career, you must know that it’s a tough thing. You shouldn’t start this until you’re 100% sure that you can cope with the hardship.

When it comes to freelance career’s success, it pretty much comes down to the PASSION.

If you’re selling something you’re passionate about. You won’t feel burn out quickly…

I started off blogging in 2008. I fell in love with the idea of blogging.

By the end of 2010, I had already decided that I’m going to be a pro-blogger.

This 4-step strategy of succeeding as a freelancer might not be a crash course of getting started with your freelancing but what I’ve shared through examples will help you sense the idea of being valuable to others.

Learn to coexist. It opens the door.

Believe me, I would have failed in freelancing if I didn’t have the mindset of being useful to others.

What’s your best advice for someone who wants to succeed in freelancing?

Use your blog to build your personal brand. I did this and I help my subscribers too.

If you want to build your personal brand, then read my weekly newsletter. And, it's free. No fee. No hassle.

Disclaimer: Some of the links in the blog post might be affiliate links. If you click through and buy the product, I get a small commission, but it won't cost you any extra money. Read the disclosure section before making any decision. 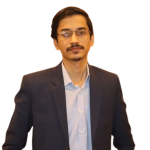 I'm a blogger and freelance writer. I work with brands and help them create useful content for their blogs. I have published ebooks on freelancing and side-hustling and shared a lot of things that helped me. You should check out all three ebooks on my ebooks store and get yourself a copy.

Read the latest ones 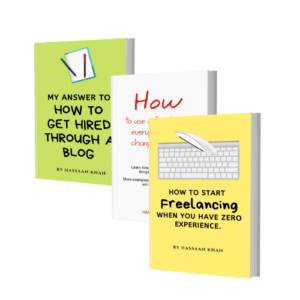